Use pattern of flavoured snus in Norway – what will be the public health effect from a ban on flavours?

Similar to the debate around e-cigarettes, an increase in snus use among Norwegian adolescents has prompted debate on whether flavour options in snus should be limited. Ideally, a justification for an intervention on snus flavours should demonstrate that this would in fact be appropriate for the protection of public health, and that it is reasonable to expect that the benefits will outweigh the harms. We compared use of flavoured snus among snus users with different smoking status. The overall probability of using flavoured snus was .45 (95 % CI: .44–.46), highest among daily (.51, 95 % CI: .47–.54) and former daily smokers (.50, 95 % CI: .48–.52), and lowest among never smokers (.41, 95 % CI: .39–.43). Regulation that would ban or limit flavoured snus use may affect smokers – an at risk population – more than never smokers. These results will be discussed within a public health framework to consider potential costs and benefits from flavour restrictions on snus. We conclude that the health authorities should be mindful of the real-world complexity governing potential harms and benefits of flavour restrictions on non-combustible nicotine products. 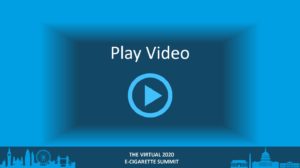