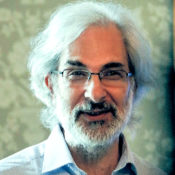 Alan Boobis is emeritus Professor of Toxicology, Imperial College London. He retired from his chair at the College in June 2017, after over 40 years.  His main research interests lie in mechanistic toxicology, mode of action and chemical risk assessment.  He has published over 250 original research papers (H-factor 80).  He is or has been a member of several national and international advisory committees; including current chair of the UK Committee on Toxicity, member of the WHO Study Group on Tobacco Product Regulation (TobReg), FAO/WHO JECFA (veterinary residues) and FAO/WHO JMPR (pesticide residues). He is a fellow of several learned societies and has received a number of awards, including Officer of the British Empire (OBE).