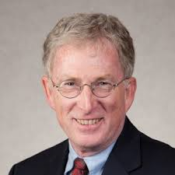 Prior to the ACS, Dr. Glynn was, from 1991 to 1994, Associate Director of the U.S. National Cancer Institute’s (NCI) Cancer Control Science Program and, from 1991 to 1998, Chief of the NCI’s Cancer Control Extramural Research Branch. From 1983 to 1991, he was Research Director for the NCI’s Smoking, Tobacco, and Cancer Program and from 1978 to 1983, he was a Research Psychologist at the National Institute on Drug Abuse.

Dr. Glynn has published widely on cancer and tobacco use prevention and control, both in the scientific literature and for consumer, professional, and patient education. In addition to his work at the ACS and NCI, he has served as a consultant on cancer control and tobacco issues to such groups as the National Academy of Sciences/Institute of Medicine, the National Research Council, the Robert Wood Johnson Foundation, the WHO, a variety of pharmaceutical organizations, and national, state and local governments.

He has also served as a Senior Scientific Reviewer for the U.S. Surgeon General’s Reports on Tobacco and Health, as Director of the World Health Organization Study of Health, Economic, and Policy Implications of Tobacco Growth and Consumption in Developing Countries, and has been active in tobacco control programs in Eastern Europe, Central America, and India. He is a Fellow of the Society for Research on Nicotine and Tobacco and his awards include the U.S. National Institutes of Health Merit Award, the Polish Ministry of Health Service Award, the Guatemala National Council for Tobacco Prevention and Control Meritorious Service Award, the Society for Research on Nicotine and Tobacco John Slade Award, and the American Society of Preventive Oncology Joseph W. Cullen Memorial Award.