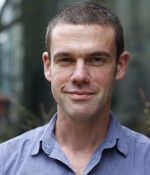 The Science Media Centre a UK charity set up in 2002 to help scientists communicate the evidence on controversial issues to the public through the national news media.  Tom has degrees in Artificial Intelligence and Bioinformatics, and he joined the SMC in April 2008.  In that time he has worked on a number of high profile stories including mobile phones and cancer, GM crops, fracking and climate change; in every case it was vitally important that the voices of the very best scientists were heard among the uproar.  Although independent, the SMC is unashamedly pro-science and has no ‘brand’ to promote.  This gives them the freedom to concentrate on what is important: keeping sound, evidence-based science at the top of the news agenda.