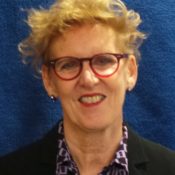 Rosanna O’Connor has been appointed as the Director of Addictions & Inclusion in the new Office of Health Improvement & Disparities, following her interim role as director of Public Health England’s (PHE) Health Improvement Directorate, during the pandemic and PHE’s Transition.

Rosanna’s new role covers alcohol, drugs, tobacco, and gambling, plus the inclusion health agendas of homelessness & rough sleeping, migrant health, sex workers and GRT. In PHE since 2013, Rosanna was the director for alcohol, drugs, tobacco & justice, with many successes under her belt, including PHE’s e-cigarette reports and the introduction of plain packs, and was always interested in how policies and delivery could reduce health inequalities.

Prior to PHE’s establishment Rosanna was Director of Delivery at the National Treatment Agency for substance misuse with responsibility for all drugs policy development, performance management and support to community providers and commissioners and to prisons.

Rosanna’s earlier career was in the third sector with social care and specialist housing providers and has a significant track record of challenging the impact of disadvantage on individuals, families, and communities.